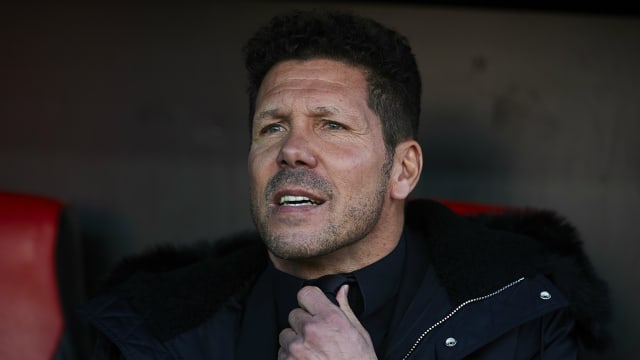 Atletico Madrid boss Diego Simeone insists the needs of the club will always come first after addressing rumours that star players could depart.

Captain Diego Godin, and full-backs Juanfran and Felipe Luis all have just six months remaining on their contracts, while Lucas Hernandez has been linked with a big-money move to Bayern Munich.

Atleti have built a deserved reputation for defensive stoicism under Simeone and such an upheaval would undoubtedly be a cause for concern.

Asked if he accepts that Atleti will at times have to make tough decisions in terms of the make-up of the squad, Simeone answered with typical diplomacy.

"We are always in the hands of the club in everything that happens," Simeone said ahead of Atleti's LaLiga clash with Levante on Sunday.

"They tell me their needs and we explain the sporting side to continue growing.

"We take decisions together to continue, thinking along the same lines but we always attend to the needs of the club first. The club is above all of us.

"It's normal, the club is above all of us. If the club improves, the team improves. So far we have gone hand-in-hand in the best way."

Lucas has not played since December 8 due to a knee injury, but has been training with the squad and could face Levante.

"He will be in the squad and on the morning of the game we will decide," he added.

"He is very good, he's a strong guy and I hope he comes back as he was when he left.