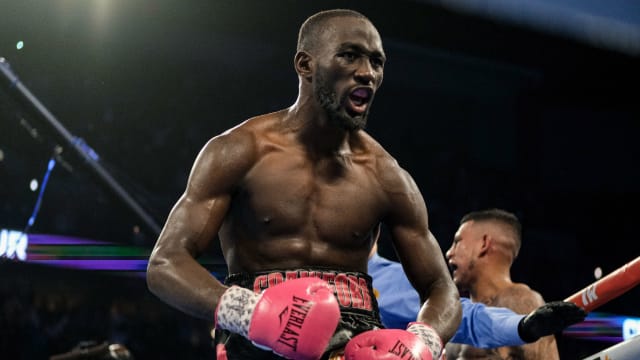 ESPN cited a media advisory from Crawford's promoter, Top Rank, which stated that Crawford and Khan will make a "long-awaited announcement" in London on Tuesday.

They are expected to face off in either New York or Las Vegas, but details have yet to be confirmed.

Crawford (34-0) is a three-division world champion rated among the best pound-for-pound fighters in the world.

After knocking out Jeff Horn to claim the WBO strap last June, the 31-year-old dominated Jose Benavidez in a successful first defence in October.

Khan (33-4) defeated Phil Lo Greco and Samuel Vargas in 2018, after a near two-year hiatus following his emphatic defeat to Saul Alvarez at middleweight in May 2016.

The Briton has been repeatedly linked to a fight with Kell Brook and insisted he wanted to face his compatriot as recently as last month.

However, Khan is now set to take on the daunting challenge of facing Crawford, who will be expected to maintain his blemish-free record.