Kyrgios: I could be in top 10 by end of year 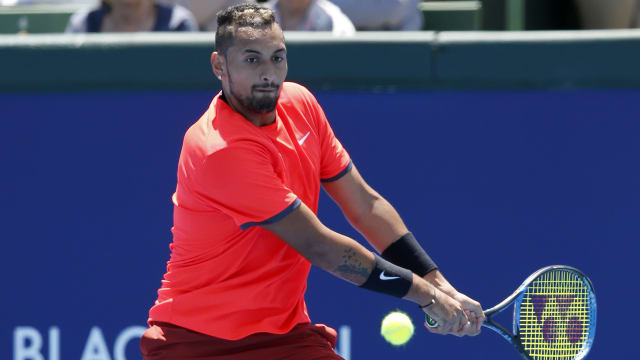 Nick Kyrgios believes he could break into the world's top 10 for the first time by the end of the year.

The Australian has reached two grand slam quarter-finals, but the last of those came in Melbourne in 2015.

Kyrgios got to 13th in the world in 2016, but goes into this year's Australian Open as the world number 51.

But the 23-year-old, who faces 16th seed Milos Raonic in a blockbuster first-round match in Melbourne, feels the top 10 is a realistic target by the end of the year.

"There's a lot of things that have to go right. Obviously health is a big one," Kyrgios told a news conference on Saturday.

Nick Kyrgios on his ranking at the end of 2019:

"Realistically I could be top 10. That's a fact."#AusOpenpic.twitter.com/OUlYzevOYk

"Playing events, I've never really been the type of person to play a lot of events. Always probably been one of the people who plays the least events out of the top 100.

"If I get right physically and mentally, I play the events, do well, I think I was 13 the year where I played I think 18 events, I was 13. I didn't even play any of the European swing. Realistically, I could be top 10. That's a fact.

"I haven't been there yet. Right now I'm not even thinking about that. I want to just enjoy my time in Australia, the Aussie summer.

"I want to play good tennis and be happy. That's the main thing."