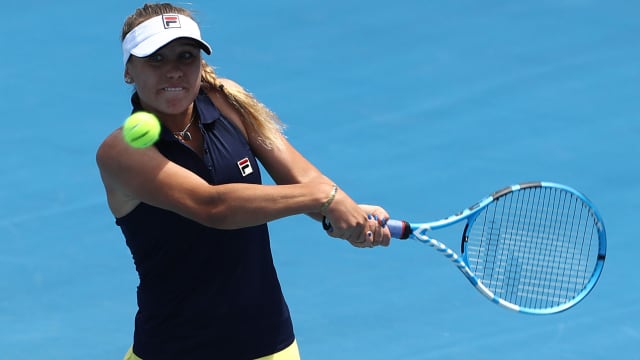 The world number 56 became the first American to win the WTA International event since Amy Frazier in 2004.

Kenin, a former US Open girls' singles runner-up, was dominant and took her chances against Schmiedlova.

She converted six of nine break points and lost just three points on serve in the second set.

It has been a successful start to the year for Kenin, who claimed the doubles title alongside Eugenie Bouchard in Auckland before winning her maiden WTA singles crown in Hobart.

The loss ended Schmiedlova's run of three straight wins in WTA finals, with the defeat her first in a decider since February 2015.