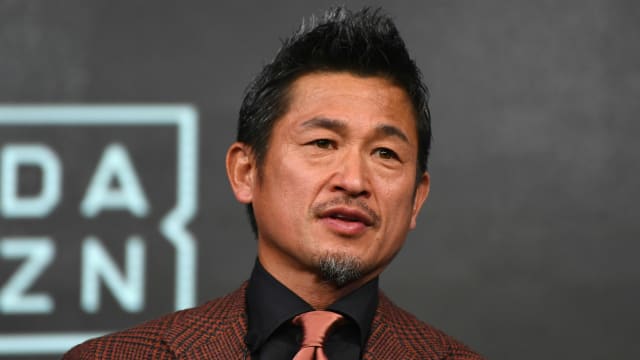 Evergreen Japanese great Kazuyoshi Miura is showing no signs of slowing down after signing a new contract with Yokohama FC ahead of his 52nd birthday.

Miura, who will turn 52 on February 26, announced his contract extension with the J2 League outfit on Friday as he enters his 34th season as a professional.

The 51-year-old forward – who broke Stanley Matthews' record as the oldest professional to score a goal in 2017 – is the only active player who was playing when the J.League was formed in 1993.

"I updated the contract for the 2019 season," Miura said. "Thanks to everyone who always supports. I am grateful to everyone.

"I will participate in many matches in one game, I will not waste it for one minute, one second. I think that I want to go face to face with football and go to daily training with maximum power."

Former Japan international Miura – who joined Yokohama as a 38-year-old in 2005 – retired from national duty 19 years ago with 89 caps and 55 goals.

Miura started his career with Santos and spent several years in Brazil before returning to his homeland in 1990 and seeing off the likes of Gary Lineker and Zico to be named MVP in the inaugural J.League season three years later.

He was also named Asian Player of the Year in 1993 but was controversially left out of Japan's 1998 World Cup squad, despite scoring 14 goals as the country qualified for the first time.

Miura played 56 minutes in nine league appearances off the bench for Yokohama last season, though he did not score.