Halep feels like 'real number one' heading into Australian Open 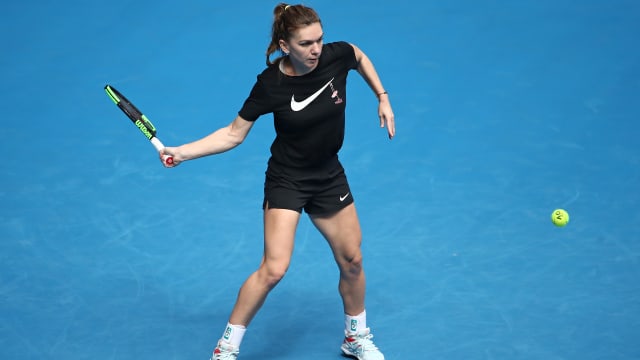 Simona Halep feels like a "real number one" heading into the Australian Open after ending her grand slam wait last year.

Halep entered the tournament in 2018 as the top seed – as she does this year – but with question marks over her ability to win a major.

But the Romanian answered those critics at the French Open, winning a maiden grand slam title before finishing the year as world number one.

Halep, who played down concerns over the back injury she suffered last year, said she now felt more at home atop the world rankings.

"It's a big difference I can say inside myself because I did what I wanted to do. I won a grand slam finally," the 27-year-old told a news conference in Melbourne on Saturday.

"I'm happy. I'm enjoying the time. Everything I've done last year made me be more relaxed. I try just to improve more in my game and seeing how good I can be in the future."

Simona Halep belongs at the top.

Halep split with Darren Cahill in November and will go into the Australian Open without a coach.

However, last year's runner-up – who faces a tough first round against Kaia Kanepi – suggested she was close to appointing a new one.

"For me it's a little bit tough to change the person I'm working with every day because I get attached to the people, to my team. I cannot change fast. I didn't want to do that," Halep said.

"I wanted to feel that I'm ready to take another challenge. Every time you commit to someone in your team, you have to give 100 per cent. So I was not ready in the off-season.

"Now I'm feeling that I'm getting better. As I say always, at this level it is impossible without coach. So maybe in the close future I will have someone. But for the moment, I'm just by myself."