Barty back in Sydney final as Kvitova awaits 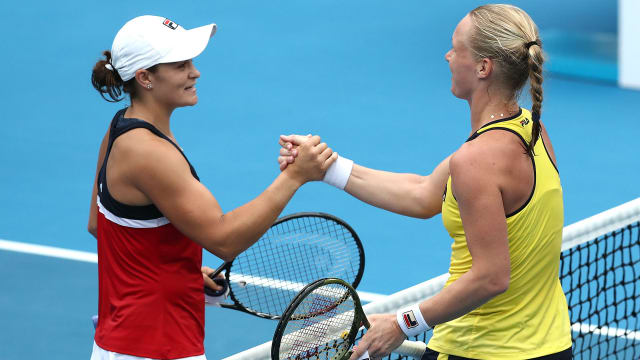 Ashleigh Barty reached the Sydney International final for the second year in a row and the home hope is now primed for a showdown with 2015 champion Petra Kvitova.

Victory on home soil would cap a stunning week for Barty, who kicked off the tournament with a shock win over world number one Simona Halep.

But to claim a fourth WTA Tour title she must overcome Kvitova, who prevailed 6-1 6-2 in a rain-delayed clash with Aliaksandra Sasnovich.

This magical play is our Shot of the Day from @HobartTennis! pic.twitter.com/W7E4Xpg4qb

The two-time grand slam champion needed a little over an hour to gain a measure of revenge for her loss to Sasnovich in the first round of last year's Wimbledon, when Kvitova was the pre-tournament favourite.