Langer in tense exchange with reporter amid Maxwell questions 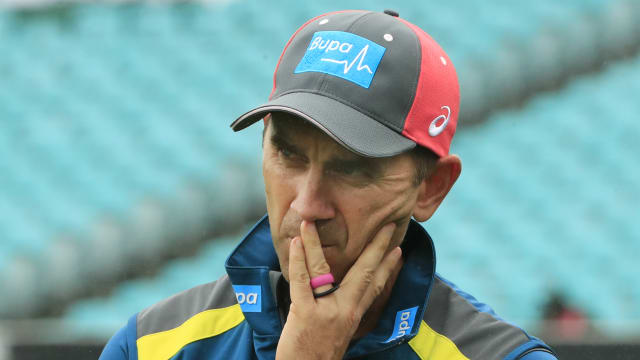 Australia head coach Justin Langer was involved in a tense exchange with a reporter after being asked about Glenn Maxwell's ongoing absence from the Test team.

Out-of-favour all-rounder Maxwell was once again snubbed by Australia selectors, this time overlooked for the upcoming Test series against Sri Lanka.

Langer was asked about Maxwell – who has not played a Test since 2017 – on Thursday after claims the 30-year-old was told not to play county cricket on the basis he would be selected for an Australia A tour of India last year.

Maxwell, however, was not selected for that tour nor October's Test series against Pakistan in the United Arab Emirates.

When Langer was quizzed by a reporter about the sequence of events and reports regarding the alleged advice given to Maxwell, the Australia boss reacted angrily.

"I've got zero knowledge of that… Careless whispers, aye?"

"The truth is a beautiful thing"

A tense exchange between Justin Langer and a journo, before the Aussie coach later apologised. pic.twitter.com/134GhQ4z0e

Langer later apologised, saying: "Sorry for getting grumpy. I don't like getting grumpy, but there's so many stories that go around about so much stuff.

"Sorry for getting grumpy. We can talk about it after. The truth is a beautiful thing."

Maxwell has played in seven Tests for Australia since debuting in 2013 as the Victorian continues to be left in the red-ball wilderness.

"He has shown he is brilliant around the group in white ball cricket. There have been some reports about personality — it is literally false. It's not true.

"He is crystal clear what he has to do, and that's important that he knows that and that I know that as the coach and one of the selectors, and all the conjecture about it, that's all part of the noise."