Halep gets chance for Kanepi revenge in Melbourne 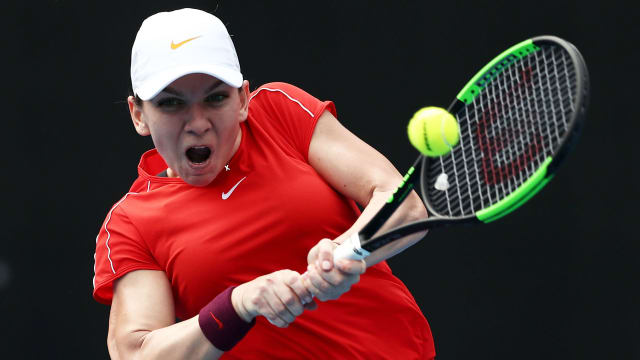 Simona Halep will get an opportunity to gain revenge over Kaia Kanepi when they meet again in the first round of the Australian Open.

The world number one suffered a shock straight-sets defeat to the experienced Estonian in the opening round of the US Open last August.

Halep, who was beaten by Ashleigh Barty at the Sydney International on Wednesday in her first match since recovering from a back injury, was drawn to face Kanepi again in Melbourne.

The Romanian could face Venus Williams in the third round and Serena Williams is a potential last-16 opponent for the top seed.

Simona Halep and Serena Williams are in the same round of 16 #AusOpenpic.twitter.com/sxVRqrDbt3

Defending champion Caroline Wozniacki, who claimed her first major title by beating Halep in the final of the Australian Open last year, will start the defence of her title against Alison Van Uytvanck of Belgium.

Third seed Wozniacki is in the bottom half of the draw along with Wimbledon champion Angelique Kerber, who will take on Polona Hercog in round one.

Wozniacki faces the prospect of a battle with Maria Sharapova - the 2008 champion - in the third round.

Serena Williams, the 16th seed, will take on Tatjana Maria in her first match of the tournament.