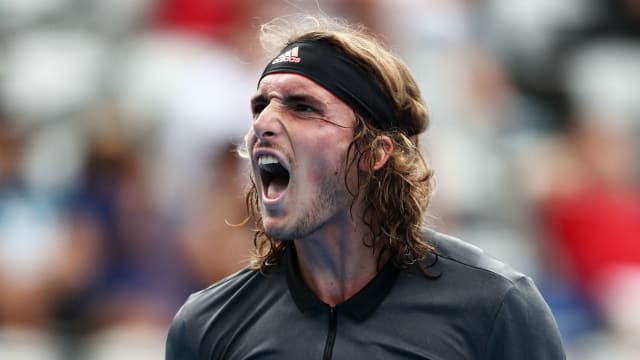 Stefanos Tsitsipas cruised into the quarter-finals of the Sydney International with a straight-sets defeat of Guido Andreozzi, while Taylor Fritz upset John Isner at the Auckland Open on Wednesday.

There are high hopes that Tsitsipas can kick on this year after winning the Next Gen ATP Finals in November and the top seed was too good for Andreozzi, winning 6-3 6-4.

Andreozzi was broken three times and, despite showing character to win three games in a row from 5-1 down in the second set, the lucky loser was unable to take it the distance.

Alex de Minaur, runner-up in his homeland last year, advanced with a 6-4 7-6 (7-5) victory over American qualifier Reilly Opelka, setting up an all-Australian clash with Jordan Thompson.

Yoshihito Nishioka and Gilles Simon progressed at the expense of Andrey Rublev and Sam Querrey respectively.

Marco Cecchinato, the third seed, bowed out with a 6-3 6-3 loss to Tennys Sandgren, while Pablo Carreno Busta, Jan-Lennard Struff, Leonardo Mayer, Philipp Kohlschreiber and Cameron Norrie were the other winners on day three.