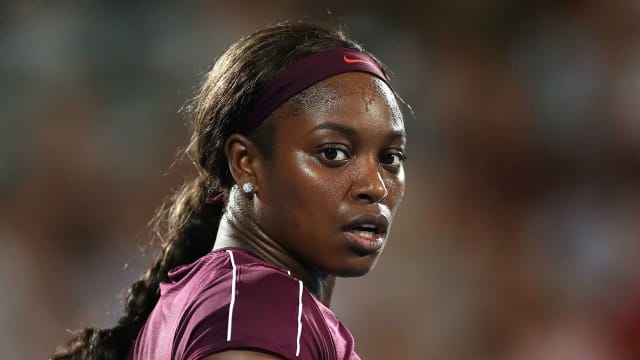 Sloane Stephens followed Simona Halep out of the Sydney International after Yulia Putintseva served up a final-set bagel.

World number one Halep was beaten 6-4 6-4 by Ashleigh Barty in her first competitive match since recovering from a back injury.

Fourth seed Stephens was beaten by Johanna Konta in the first round of the Brisbane International last week, and the American had to recover from a first-set bagel to defeat qualifier Ekaterina Alexandrova in the opening round in Sydney.

The world number five was blown away by Kazakh Putintseva, who is ranked 44th in the world, in the deciding set having been only one game away from a straight-sets victory.

What a win for @PutintsevaYulia!

Completes the stunning comeback victory over Stephens 3-6, 7-6(4), 6-0 at the @SydneyTennis! pic.twitter.com/TVxcEGDdzV

Top seed Halep said she will head into the Australian Open, the first grand slam of the year, with no expectations after going down in straight sets to Barty.

Sofia Kenin followed up her victory over top seed Caroline Garcia by beating Ons Jabeur 7-6 (8-6) 6-3 to reach the quarter-finals of the Hobart International.

Belinda Bencic, conqueror of second seed Mihaela Buzarnescu in round one, dumped out Zoe Hives 6-2 6-4.