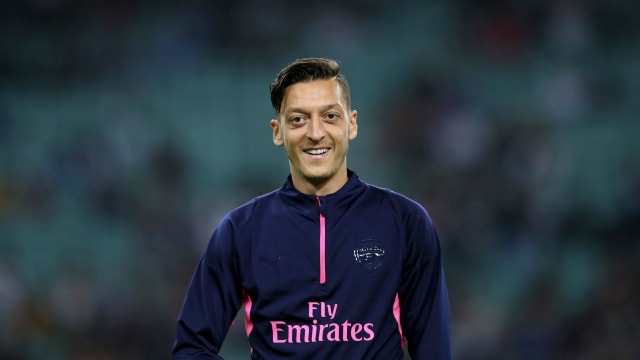 Mesut Ozil is one of six first-team players to return to full training ahead of Arsenal's trip to West Ham in the Premier League on Saturday.

Ozil has not featured for the Gunners since their 1-1 draw with Brighton and Hove Albion on Boxing Day, the Germany international subbed at half-time with a knee injury.

After missing Arsenal's last three matches, Ozil is back in contention to face the Hammers after taking part in Unai Emery's preparations on Wednesday.

His return is a welcome for Emery who has seen his squad – particularly the defence – plagued by injuries in recent weeks, problems that appear to be easing.

Laurent Koscielny – who suffered a back spasm during the warm-up ahead of Saturday's FA Cup third-round victory over Blackpool – also took part in training to give Emery a plethora of options to choose from.

Meanwhile, Armenia international Henrikh Mkhitaryan is expected to be back in February after a foot injury.