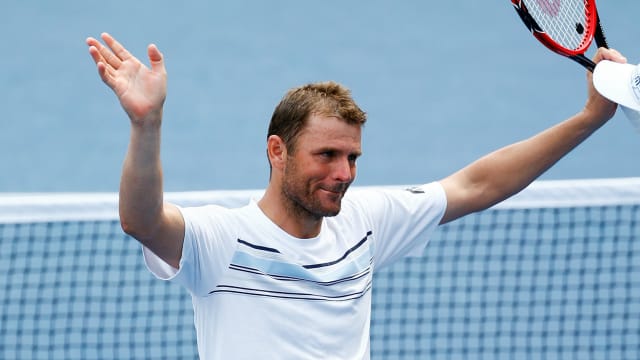 Mardy Fish has been named as the 41st captain of the United States' Davis Cup team.

The 37-year-old, who retired from the ATP Tour following the 2015 US Open, succeeds Jim Courier, who was in the role for eight years.

Fish won six singles and eight doubles titles on the ATP Tour during his playing career and represented his country in 11 Davis Cup ties between 2002 and 2012.

"Ever since I started playing professionally and started understanding what the Davis Cup was and how special it was, even as a player, I wanted to be the Davis Cup captain," Fish, who had an 11-8 record in the competition, told the United States Tennis Association (USTA).

Words cannot describe how honored I am to be named the next United States Davis Cup Captain. Go USA pic.twitter.com/HttGU1bJbv

"I just thought that position was so special – leading the guys and leading the team, building relationships and the team aspect around it.

"I'm a team-sport athlete stuck in an individual sport, and I love the team aspect of Davis Cup. To even be considered, let alone named the captain, is incredibly humbling."

Fish was part of the US team that lost the 2004 Davis Cup final to Spain, but was not in the line-up when America triumphed three years later.