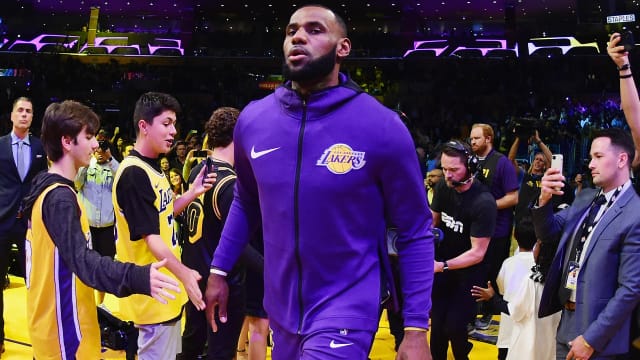 James is following in the footsteps of Michael Jordan in more ways than one as he prepares to bring 'Space Jam' back to the big screen, with the NBA great set to star in the sequel.

With 'Space Jam 2' having been confirmed in September, Nance told VICE: "Pretty sure [it's] going to disrupt everything.

James – a three-time NBA champion and four-time MVP – is no stranger to Hollywood, having featured in Amy Schumer's 2015 romantic comedy 'Trainwreck'.

"Space Jam is a very unique opportunity because LeBron James is the best basketball player on Earth and a once-in-a-generation performer," Nance said.

"Whoever the greatest basketball player of the next generation is going to be, they are probably not going to also be a great actor."

James is sidelined with a groin injury sustained in the Lakers' win over the Golden State Warriors on Christmas Day.