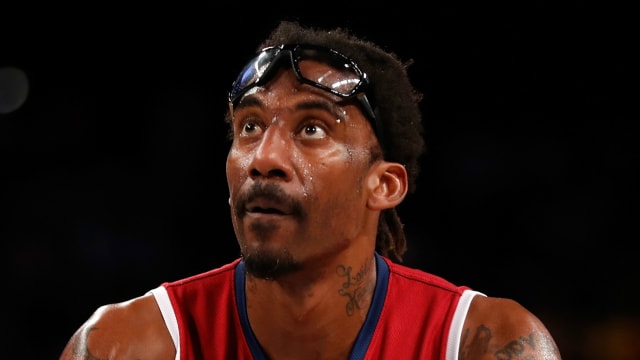 Hapoel Bank Yahav Jerusalem and UCAM Murcia punched their tickets to the Basketball Champions League last 16, the latter in a double-overtime thriller, while Nanterre 92 earned a share of the competition's history on Wednesday.

James Feldeine was the star for a Hapoel side that hammered Telenet Giants Antwerp 92-72 in Group C, with all of his 20 points coming in a dominant first half.

Amar'e Stoudemire also contributed 18 points and six rebounds to the cause, and none of the four teams on the 3-7 mark can now catch playoff-bound Hapoel.

Murcia later secured their passage from Group A, but only after Milton Doyle sank a three-pointer with two seconds remaining in regulation time to force additional minutes against Nizhny Novgorod.

The Spanish side then saw a four-point lead with 40 seconds left vanish, with Doyle this time missing a lay-up before Kendrick Perry – whose 33 points ultimately counted for nothing – ran to the other end to level the match and ensure another overtime period.

But this time Askia Booker, who scored 22, drained a couple from beyond the arc and sank two free-throws with six seconds remaining, as Murcia got the job done in a 94-90 victory.

Banvit consolidated their top-four prospects in a 78-63 beating of Ventspils, whose own hopes of making it out of the pool were severely hindered.

Rounding off the action in Group A, Ludwigsburg were beaten 73-68 at home to Le Mans in a match that pitted the group's bottom two at the start of the evening against each other.

In Group B, Nanterre gave their top-four hopes a big shot in the arm with a 103-56 hammering of Telekom Baskets Bonn, who now face a monumental task to make the playoffs.

Groud D leaders Promitheas Patras inched ever closer to the playoffs courtesy of a 95-78 win over medi Bayreuth - Rion Brown (31) putting up 30-plus points for the second time this season.

Segafredo Virtus Bologna join Promitheas at 7-3 after scraping past rock-bottom Petrol Olimpija, who have just one win in the group, 87-84, while Filou Oostende earned a crucial 79-77 win at Neptunas Klaipeda that leaves them fifth but tied at 5-5 with fourth-place Besiktas Sompo Japan.