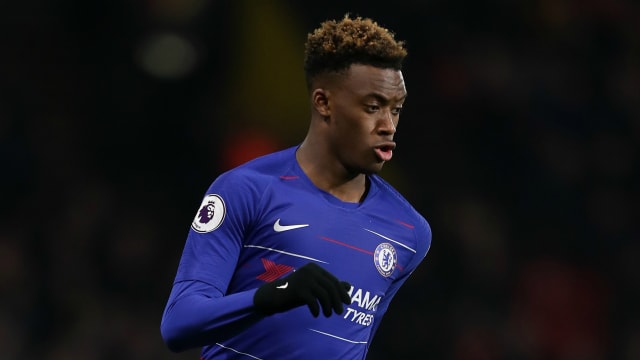 Chelsea have named Callum Hudson-Odoi in their starting line-up for the EFL Cup semi-final against Tottenham at Wembley despite Bayern Munich being heavily linked with signing the 18-year-old winger.

Bundesliga champions Bayern were reported to have made an improved £35million offer for Hudson-Odoi earlier on Tuesday.

Speaking to Sky Sports before the game, the teenager insisted such speculation would not affect his focus.

"Yeah, 100 per cent I'm fully focused on the game," he said. "We're all determined to work our hardest in the game."

Hudson-Odoi joins Willian and Eden Hazard in the Chelsea attack, with Spain striker Alvaro Morata not included in the matchday 18.

Mousa Dembele is not involved for Tottenham amid reports Chinese Super League team Beijing Guoan are poised to move for the Belgium international.

Son Heung-min starts for Spurs in his penultimate match before joining up with South Korea for their Asian Cup campaign.