Celtics' Tatum: I'd trade me too for Davis 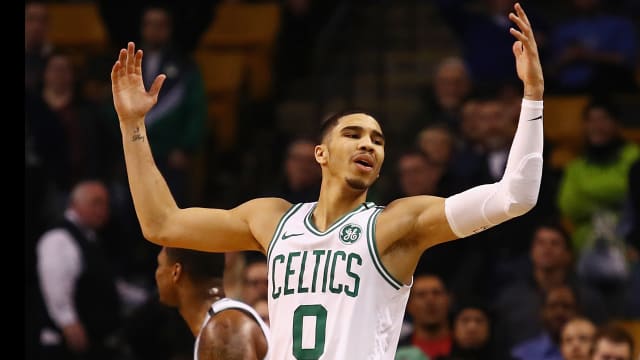 Tatum himself admitted trading him for Davis would be a smart move.

Maxwell said before he would trade Tatum for Davis in a heartbeat. Tatum's father took exception to that assessment, but did not exactly disagree.

According to Maxwell, Tatum's father said he would also make the deal, if Jayson was not his son.

The Celtics have a lot of talented players like Kyrie Irving, Gordon Hayward, Al Horford, Terry Rozier and Jaylen Brown, but 20-year-old Tatum seems to be the most enticing bargaining chip at the moment.

Boston have struggled to create a proper hierarchy with their personnel at times, but are riding a three-game winning streak and sit fifth in the Eastern Conference.

The Celtics will play the Indiana Pacers on Wednesday.