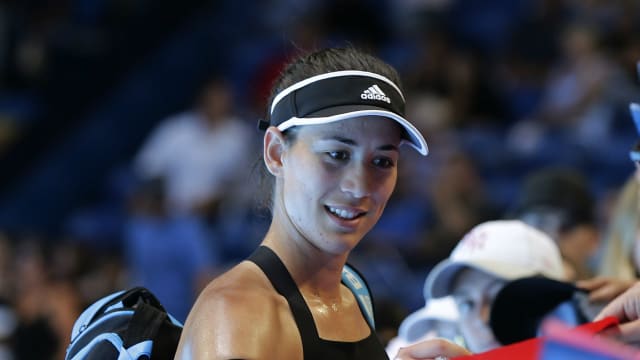 Garbine Muguruza kicked off her 2019 campaign with a 6-3 6-4 win over Carla Suarez Navarro at the Sydney International.

The two-time grand slam champion showed promising signs ahead of the first grand slam of 2019 with an assured display of baseline hitting against her Spanish compatriot.

Her game was not quite perfect with some backhand groundstrokes finding the net, but there will plenty for her to build on when she meets Kiki Bertens in round two.

Former finalist Sam Stosur made an impressive start to the tournament as she came from a set down to beat Dominika Cibulkova 3-6 6-3 6-4 – the first time the pair had contested three sets in a match.

After a shaky start, Stosur found her rhythm and finished with 44 winners – including 15 aces – as 2013 runner-up Cibulkova was brushed aside.

She will meet Timea Bacsinszky in round two after her win over Anastasija Sevastova, while there were also victories Camila Giorgi, Bertens and qualifier Yulia Putintseva – who beat Daria Gavrilova.

"It's almost like I was trying to be the good girl and not show much emotion, and I lost myself a bit," said a frustrated Gavrilova.

"I'm not going to be that good girl anymore."

In Tasmania, 2015 champion Heather Watson bowed out of the Hobart International in the first round.

Watson – who had to go through qualifying to make the main draw – was comfortably beaten by Irina-Camelia Begu 6-1 6-4, who could meet third seed Zhang Shuai next.

There were also opening day wins for Pauline Parmentier, Greet Minnen, Dayana Yastremska, Vera Lapko and Ons Jabeur, while Anna Karolina Schmiedlova needed two and a half hours to get past Evgeniya Rodina.