Kevin Love doesn't want to be traded by Cavs 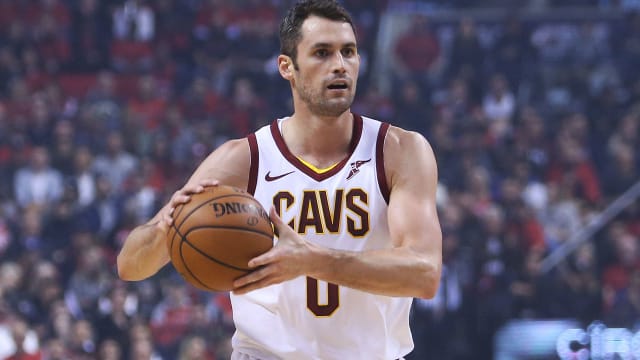 Kevin Love does not want to leave the Cleveland Cavaliers amid trade speculation.

Love has not played since October 24 because of a toe injury but the 30-year-old's name has still surfaced in trade rumours.

The five-time All-Star and 2016 NBA champion signed a four-year, $120million extension with the Cavaliers shortly after LeBron James left the team and joined the Los Angeles Lakers in the off-season.

Love told reporters on Monday that he is hoping to remain in Cleveland.

"I would love to be here," Love said, via the Cleveland Plain Dealer. "Would just love to get through a whole season healthy just because I've had nagging things that have taken time and been a little bit unlucky, but I would like to play ball here."

Love appeared in just four games this season before being shut down with the injury.

The former Minnesota Timberwolves forward said there is still no timetable for his return.

"It's really tough for me to say because I don't know how my foot is going to respond," Love said. "I think just if I'm feeling good and I progress well than hopefully it will be sooner rather than later. I just don't know when it's going to be."

The Cavaliers have struggled without Love. They have lost nine consecutive games and will carry an 8-32 record into their matchup with the Indiana Pacers on Tuesday.

Love, however, still plans to play again in 2018-19, adding: "That's never really been the thought process — at least for me.

Love averaged 19 points and 13.5 rebounds in his four appearances this season.