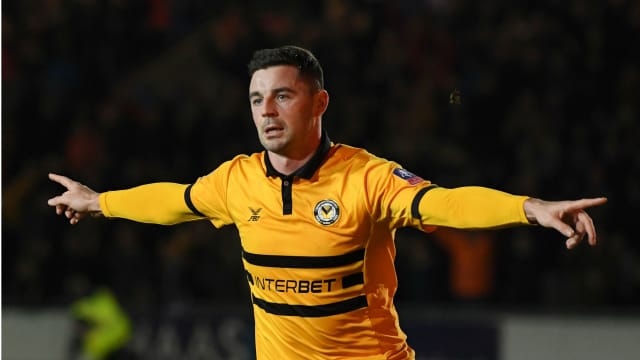 Leicester City suffered the shock of the FA Cup third round on Sunday as Padraig Amond's late penalty secured a famous win for Newport County.

Newport were perhaps spurred on in their bid for an upset by fellow League Two side Oldham Athletic, who earlier came from behind to beat struggling Fulham at Craven Cottage.

There was no such misfortune for Manchester City as they cruised to a comprehensive 7-0 victory over Rotherham United, matching Tottenham's tally against Tranmere Rovers, with Watford also comfortable winners at Woking.

Elsewhere, QPR ended a 22-year wait to win an FA Cup tie at the first time of asking as they beat Championship leaders Leeds United, while Sheffield United went down at home to National League side Barnet.

FT: @NewportCounty are in the for the Fourth Round after seeing off Premier League @LCFC! pic.twitter.com/uNbs41haus

COUNTY PILE THE PRESSURE BACK ON PUEL

Leicester's inconsistencies under Claude Puel continued as the Foxes were humbled by the Exiles.

Puel saw his side beat Chelsea, Manchester City and Everton – while losing to Cardiff City – over the festive period, and his decision to make seven changes backfired when Jamille Matt marked an outstanding display by heading home in the 10th minute from Robbie Willmott's pinpoint cross.

Albrighton hit the crossbar as Leicester piled on the pressure, which finally paid off when Ghezzal drilled home from the edge of the box after Joe Day pulled off an outstanding stop to deny James Maddison.

But there was one final twist when Albrighton blatantly handled while trying to block a cross, and Newport's top scorer Amond stepped up to secure their first FA Cup win over a top-flight team since January 1964.

FULHAM HUMBLED AT THE COTTAGE

Huddersfield Town and Cardiff were dumped out by lower league opposition on Saturday and fellow Premier League relegation candidates Fulham followed suit, with Claudio Ranieri's side suffering a humiliating home defeat to Oldham.

Pete Wild only took charge as caretaker manager in the wake of Frankie Bunn's sacking 10 days ago, and saw his side go behind when Denis Odoi hammered home.

Aleksandar Mitrovic could not repeat Surridge's feat when his spot-kick was parried wide by Daniel Iversen, with the on-loan Leicester goalkeeper's heroics paying further dividends in the 88th minute.

Callum Lang was the hero, expertly thumping in from Gevaro Nepomuceno's cross to secure the fourth-tier side's passage through to round four.

| The goal that sent @OfficialOAFC through to the @EmiratesFACup Fourth Round! pic.twitter.com/XdueBhKzP0

Having teed up City's winner against Liverpool on Thursday, Raheem Sterling came to the fore again at the Etihad Stadium, opening the scoring 12 minutes into Sunday's contest.

Championship strugglers Rotherham offered some resistance, but any hopes of a giant-killing were ended by half-time – Phil Foden and a Semi Ajayi own goal putting the result beyond doubt.

It turned into a rout after the interval, Gabriel Jesus netting from Sterling's precise cross, with Ilkay Gundogan then turning provider for City's final three goals – Riyad Mahrez, Nicolas Otamendi and Leroy Sane getting in on the act.

City will be joined in the hat for the fourth round by Watford, who saw off sixth-tier Woking thanks to goals from Will Hughes and Troy Deeney.

He started the scoring and took it from there!

The Championship's leading three clubs are now all out of the FA Cup, with Sheffield United and Leeds both suffering defeats.

United were the victims of a massive shock – Shaquile Coulthirst's 21st-minute penalty securing a famous win for Barnet, the lowest-ranked side now left in the competition.

An inexperienced Leeds side, meanwhile, came unstuck at Loftus Road, where Jake Bidwell's header ended QPR's long wait for a win in an FA Cup tie without having to go to a replay.