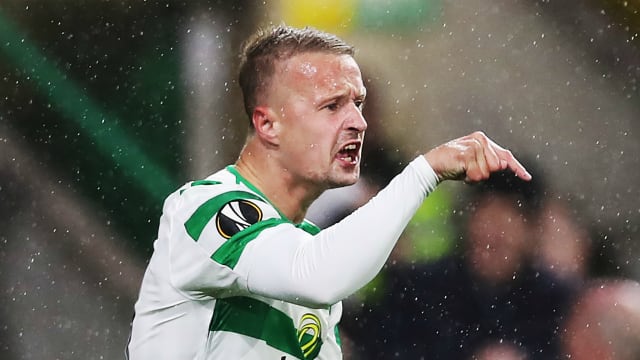 Leigh Griffiths has denied reports his absence from Celtic duty is due to gambling problem or drug addiction.

Last month the Scottish Premier League champions announced Griffiths would be taking time away from the sport.

Manager Brendan Rodgers opted not to give details but said Celtic would support the striker through his issues.

"We are going to give him all the professional help he needs to get him back in a good place," said Rodgers. "He's a great guy but football and life is tough for him right now."

Reports have intimated Griffiths has a gambling problem, with a Scottish newspaper having published photographs of the Scotland international at a racecourse.

But Griffiths, 28, hit out at what he described as "lies" in the media as he explained his leave of absence is to deal with mental health issues.

"Despite what has been written about me, rumoured or said to you from afar, I just want to settle one thing and make it clear once and for all," Griffiths posted on social media.

"I am off work due to my mental health state. NOT GAMBLING, DRUGS, or any other issue that has been written about me since December.

"The stories, the tweets, the lies that come out people's mouth is laughable, but I suppose if they're talking about me, they are leaving someone else alone.

"If anyone would like to come forward with real evidence that suggests I'm off with the above mentioned either from my employers, or anyone else, let's see it.

"I'm putting this out there now because family and friends are being asked questions and they've been told to say nothing.

"But I'll not be silenced, especially by newspapers and idiots who can write tweets and make up stories and it grows arms and legs due to people's sad and pathetic lives. LG!"

Griffiths has made 11 league appearances for Celtic this season, scoring two goals for Rodgers' side, who are level on points with Rangers at the top of the table.