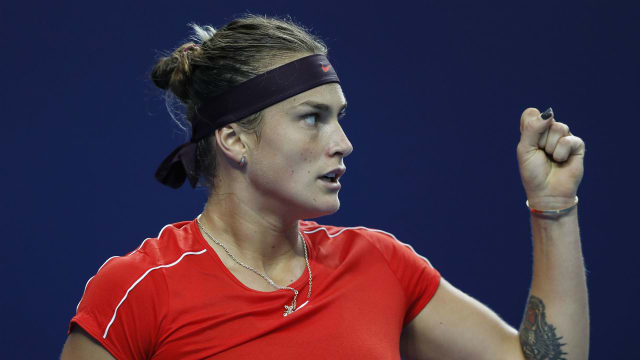 Aryna Sabalenka gave another demonstration of her outstanding potential by beating Alison Riske to claim the Shenzhen Open title.

Sabalenka eased to a 6-2 6-1 victory over Wang Yafan in her semi-final and Riske had extra time to prepare for the final after winning all seven games before Vera Zvonareva retired due to a hip injury.

The powerful Belarusian says starting the year on such a high note has given her increased hope of mounting a challenge in the first major of the year this month.

That's the title for @sabalenkaA !

Gets 2019 off to the best start with the @ShenzhenOpenWTA title!

"To start the season with a title, it gives you more belief in yourself, and hopefully I can do well at the Australian Open," Sabalenka said. "If I need to play two matches in one day, I'm going to do that.

"Physically, it's tough to get ready, but I tried to be focused on each point in the second match and just tried to do my best and fight for every point."