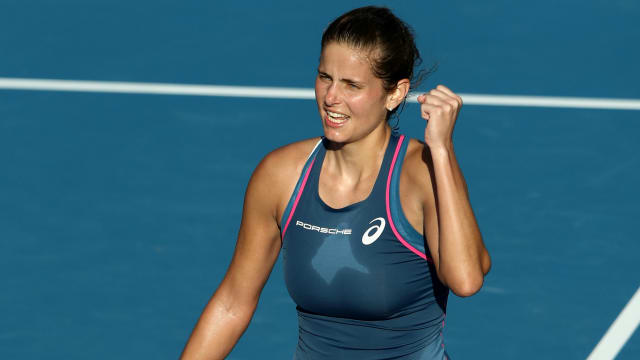 Julia Goerges' quest for back-to-back Auckland Open titles remains on track after she set up a final against teenage qualifier Bianca Andreescu.

Reigning champion Goerges stormed into the decider with a 6-1 7-6 (8-6) victory over Viktoria Kuzmova on Saturday.

Goerges – the second seed – needed just 86 minutes to secure her ninth successive win at this tournament, having raced out to a 5-0 lead in the opening set.

The German, who has not lost in Auckland since the 2017 semi-finals, converted her third match point in a tougher second set to advance to Sunday's final.

Standing in the way of Goerges and a second straight Auckland crown is giant-killer Andreescu.

The 18-year-old world number 152 came from behind to stun Venus Williams in the quarter-finals, having upstaged top seed and Australian Open champion Caroline Wozniacki.

She continued her red-hot form in a 6-3 6-3 win over third seed Hsieh Su-wei, becoming the first Canadian to advance to a WTA singles final since Eugenie Bouchard in 2016.