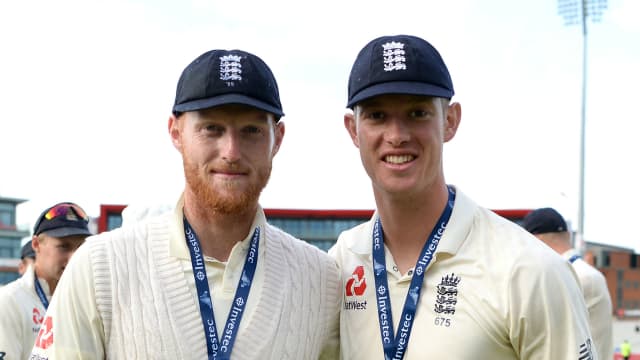 Jennings had his head shaved for Macmillan Cancer Support on Friday and easily surpassed his initial target of £3000.

A number of Jennings' county and international colleagues pledged their support by making donations, with Stokes' contribution receiving particular praise from the 26-year-old.

England internationals Dom Bess, Olly Stone, Mark Wood and Sam Curran were among those to donate to the cause, with Jennings revealing all-rounder Stokes had made a hefty addition to the total.

Thank you to everyone that donated and @FlanagansBarber for making my #bravetheshave possible. The work @macmillancancer do is absolutely amazing and I’m privileged to be a small part of it!! #BeforeAndAfterpic.twitter.com/XVtn5YNXNi

And a special mention to @benstokes38 for donating more than 50% of the total raised up to today!! Your support for me and the campaign is absolutely humbling!! Thank you so much my brother 💪🏻 #BaldBrothers#bravetheshave@macmillancancer

"A special mention to Ben Stokes for donating 50 per cent of the total raised up to today," Jennings posted on Twitter.

"Your support for me and the campaign is absolutely humbling!! Thank you so much my brother."