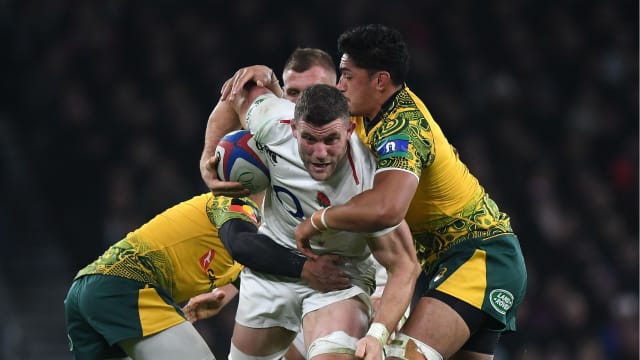 Number eight Wilson started all four of England's November internationals with Billy Vunipola and Nathan Hughes absent due to injury and was voted Player of the Series by fans.

The 29-year-old, who came through the ranks at the Falcons, has made 221 appearances for the team and is delighted to have extended his stay.

"This is the club that I love and I've been here for 14 years of my life, so it's great to be able to extend that. My family is here, I class Newcastle as home and I enjoy being part of the whole club," said Wilson.

"We get really well looked after here as players, the off-field support is great and I enjoy the coaching every day. It means I can just focus purely on getting things right on the field, and that's what I'm looking forward to doing over the next four years."

Newcastle director of rugby Dean Richards said: "Mark is an outstanding player operating at the very top level of the international game, and the fact that he sees his future here at Newcastle Falcons speaks volumes about the club.

"As well as his tremendous playing ability Mark brings real leadership to the group, and the way he conducts himself day to say serves as an outstanding example to the many talented players coming through our academy system."