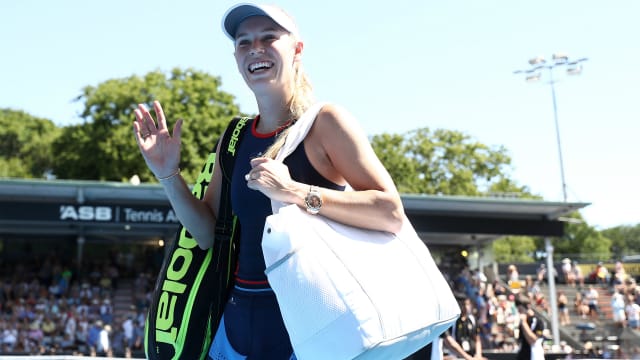 Caroline Wozniacki's preparations for her Australian Open defence started with a routine victory over Laura Siegemund at the Auckland Open, while Maria Sharapova reached the quarter-finals in Shenzhen on Wednesday.

Wozniacki ended her wait for a maiden grand slam crown by reigning supreme in Melbourne last year and the former world number one claimed her first win of 2019 with less than two weeks remaining until the first major of the year.

Top seed Wozniacki – runner-up to Julia Goerges in Auckland last year – was too good for Siegemund, winning 6-3 6-2 in an hour and 20 minutes.

Next up for Danish star Wozniacki is Canada's Bianca Andreescu in the second round.

Defending champion Goerges moved into the quarter-finals with a 6-4 6-4 defeat of fellow German Mona Barthel before Eugenie Bouchard battled her way past Bibiane Schoofs 6-7 (5-7) 6-4 6-4.

Sharapova's place in the last eight of the Shenzhen Open was sealed when Wang Xinyu retired due to cramp when trailing 5-2 in the second set after the 17-year-old took the first in a tie-break.