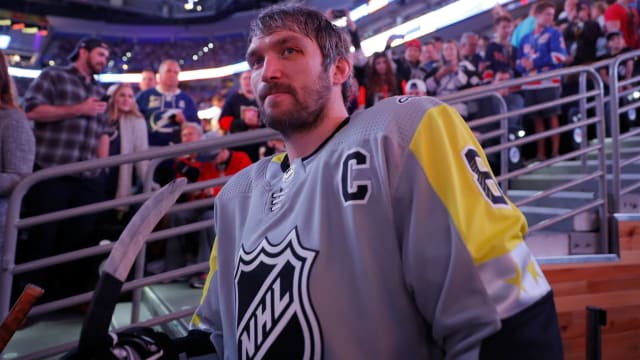 Alex Ovechkin has announced he will skip the NHL All-Star Game this season.

The Washington Capitals' star forward will not participate in the league's showcase weekend in San Jose, California, to allow his body a full week to recuperate for the second half of the campaign.

Ovechkin experienced a shorter offseason last year following his team's Stanley Cup success, with the Capitals crowned champions for the first time in their history.

Alex Ovechkin comments on his decision to miss the 2019 #NHLAllStar Game #ALLCAPSpic.twitter.com/J58LdzMTVa

"My body needs a rest," Ovechkin told reporters after a practice session on Wednesday.

"It's a tough decision, obviously. I like to be part of all the events, but right now I think at that time of the year and at my age, we decided to take a one-week break."

Per NHL rules, Ovechkin will have to sit out either Washington's game at Toronto on January 23 or their February 1 fixture against Calgary as a penalty for sitting out All-Star weekend.

The 33-year-old had been selected as Metropolitan Division captain in a fan vote last month, securing his 11th All-Star selection.

The All-Star skills competition will be held on January 25, with the game itself set for the following day. Full team rosters will be announced on Wednesday.