Darts can be as big as golf, says Hearn 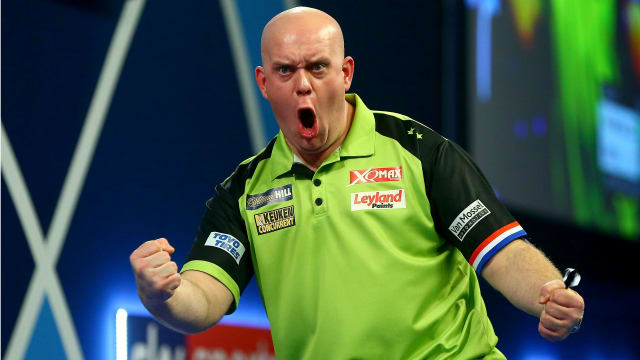 Barry Hearn said darts can replicate the popularity of professional golf after outlining his plans to take the sport to China.

Dutchman Michael van Gerwen beat Michael Smith 7-3 to win the PDC World Darts Championship for a third time on Tuesday and is the sport's biggest name.

But PDC chairman Hearn, who has also overseen snooker's expansion into China, is keen to increase the global appeal of a sport that has traditionally drawn the majority of its player base from the United Kingdom.

"I have a clear, concise plan of where this sport is going and that is globally," Hearn is quoted as saying by BBC Sport.

"We will see China develop a major darts involvement and there's a lot of people in China.

What a World Championship... let's do it all again! pic.twitter.com/yMpTg8fkdx

"There's a lot of money in China. We are seeing India, Pakistan, Bangladesh picking up darts. We are not a UK sport, we are a global sport, and as such we are looking at expanding into North America, to South America, we've opened a small office in China.

"I don't see any reason at all why darts shouldn't be the same size as professional golf."