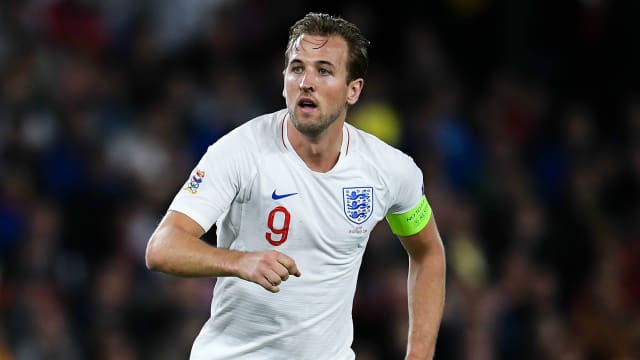 The Three Lions enjoyed a fine 12 months in 2018, reaching the World Cup semi-finals and then emerging from a tough group to reach the Nations League Finals, pipping Croatia and Spain in dramatic fashion.

Not every nation has appeared to treat the inaugural edition of the competition as a major tournament, but Kane is confident that victory at the end of the season - when England face Netherlands in the last four before a potential final three days later - would provide a platform for the European Championship.

"The Nations League is an opportunity to win a trophy and if we win one then hopefully it will be easier to win another," the England captain told The Telegraph. "It will give us a real confidence and belief going into the Euros.

A 2018 to remember. A few highlights... Welcoming our Vivi into the world, reaching 100 @premierleague goals, being named @england captain, leading out my country at the World Cup, the golden boot, shooting under par and being awarded an MBE. Bring on 2019. Happy New Year. pic.twitter.com/P5vbEOrBev

"We are in a great position for 2019 and hopefully we can take that into the Euros after that. The World Cup felt like the start of something and that's the most important thing.

"The summer was amazing but it was so, so important that we carried on.

"When we look back at the World Cup, there were performances in which we could have done better and the next motivation, the next step, is putting that right.

"We've put in some big games – beating Spain away, Croatia at home - and it feels like we are still ticking those boxes, as we were doing in the summer, that will make us better."

England have not won a senior international honour since the 1966 World Cup, reaching the 1990 semi-finals and the last four at Euro 96 before matching that performance in Russia last year.