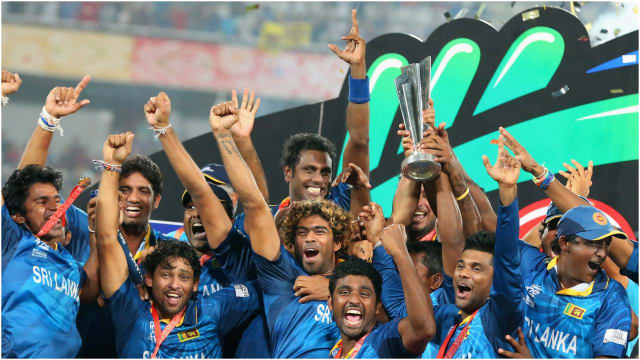 Sri Lanka and Bangladesh will have to enter at the group stage of the 2020 T20 World Cup, with Afghanistan earning direct qualification to the Super 12s.

The top 10 sides in the Twenty20 world rankings earn an automatic place in the tournament, which will be held in Australia, and they will be joined by six qualifiers.

However, only the top eight go straight through to the Super 12s, with the ninth and 10th-ranked sides at the cut-off required to compete in the groups along with the qualifiers.

Ranked eighth in the world, Afghanistan will avoid the group stage for the first time in their history, while Sri Lanka - champions in 2014 - face an elongated path to what they hope will be a fourth final.

"It is a bit disappointing that we have not been able to ensure a direct Super 12s berth but I'm confident that we will do well in the tournament," Sri Lanka captain Lasith Malinga told the ICC.

"Having played three finals and winning once, it is natural that everyone expected us to finish in the top eight but we have to take the opportunity in the extra matches of the group stage and prepare well for the knockout matches."

Bangladesh have never reached the last four of the tournament, but skipper Shakib Al Hasan has high hopes for 2020.

"We have not secured a direct Super 12s berth but I'm confident that we will do well in the tournament by going through the group stage," he said.

"We are a side capable of beating the best on our day and I see no reason why we can't go far in the tournament. There is still some time and we will use it to be at our best for the T20 World Cup.

"We won a T20 series against the West Indies, the world champions, in their backyard not so long ago. That performance has given us a lot of belief in our Twenty20 capabilities."