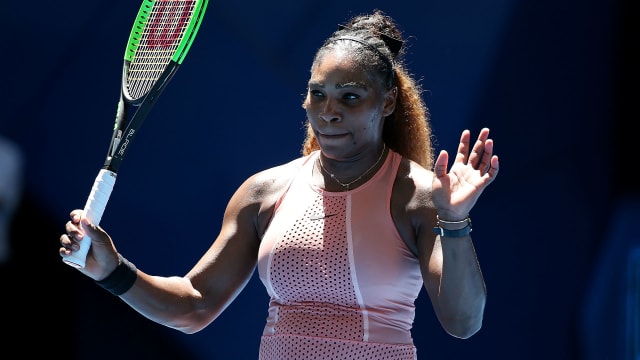 Serena Williams marked her return to competitive action with a singles win at the Hopman Cup on Monday, but the United States still suffered defeat to Greece.

Williams, who featured in an exhibition match with sister Venus in Abu Dhabi last week having not previously played since her US Open final loss in September, battled to a 7-6 (7-3) 6-2 win over Maria Sakkari in Perth

Yet it was Greece who won the tie as Stefanos Tsitsipas defeated Frances Tiafoe 6-3 6-7 (3-7) 6-3 before teaming up with Sakkari for a doubles win.

Tsitsipas and Sakkari beat Tiafoe and Williams 4-1 1-4 4-2, securing a Group B win for their country.

Strong start to the season for @serenawilliams.

The great champion delivered 13 aces, 29 winners and a straight-sets victory in one hour and 44 minutes. #HopmanCuppic.twitter.com/RKycbYfDIP

Williams, 37, acknowledged she had much to improve on following her singles triumph.

"It's great to be back out here. I love playing in Australia. Some of my best memories are here," said the 23-time grand slam singles champion.

"I was making a lot of errors. I was like, 'It's ok, it's your first match and you'll get better'. I just kept trying to think that."

Next up for Williams and Tiafoe is a clash with the Swiss pair of Belinda Bencic and Roger Federer on Tuesday.