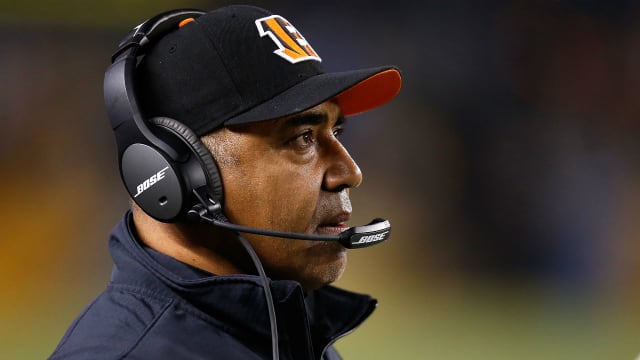 Marvin Lewis' lengthy stint in Cincinnati has finally come to an end after the Bengals announced they have mutually parted ways with their head coach.

The 60-year-old ends his stint as the second-longest tenured head coach in the league behind the New England Patriots' Bill Belichick.

Lewis was hired by Cincinnati in January 2003 and went 131-122 at the helm, though he posted a disappointing 0-7 postseason record.

The Bengals closed out the season with a 16-13 loss to the Pittsburgh Steelers on Sunday, finishing the season 6-10.

"I want to thank the Bengals' organisation, the fans and the city of Cincinnati for their support," Lewis said in quotes published on the team's website.

"I regret I haven't been able to provide them with the number-one goal of being world champions.

"I also want to thank our players, coaches and team employees for their effort and professionalism over the past 16 years. A lot of fine people have gone through this building in that time, and the organisation is better for all of them having been a part of it."

The Bengals added that they will "review many candidates" to succeed Lewis in a process that "will last several weeks".

BREAKING: #Bengals and Marvin Lewis have mutually decided to part ways after 16 seasons.