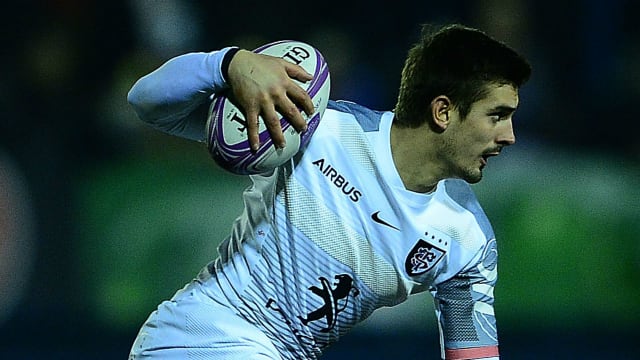 Rampant Toulouse stretched their unbeaten run to 11 matches with a 39-0 rout of Toulon, while Bordeaux-Begles and Montpellier also claimed emphatic Top 14 wins on Sunday.

Thomas Ramos scored one of five tries for Ugo Mola's side and also added 12 points from the tee as Toulouse moved up to second place in the table, three points behind leaders Clermont.

Toulouse were relentless in a feisty encounter and led 13-0 at half-time following a Yoann Huget try, which Ramos converted after slotting over two penalties.

Toulon were unable to turn the tide in the second half, Antoine Dupont, Ramos, Piula Faasalele and Cheslin Kolbe going over as Toulouse issued another statement of intent to their rivals.

Bordeaux-Begles will head into 2019 flying high in fourth spot following a 40-7 demolition of 14-man Racing 92.

Racing were always up against it following Ole Avei's red card for a dangerous tackle on Jean-Baptiste Dubie just 10 minutes in.

Nans Ducuing scored a second-half double as Bordeaux-Begles ran in four tries to make it five wins in their last six outings.