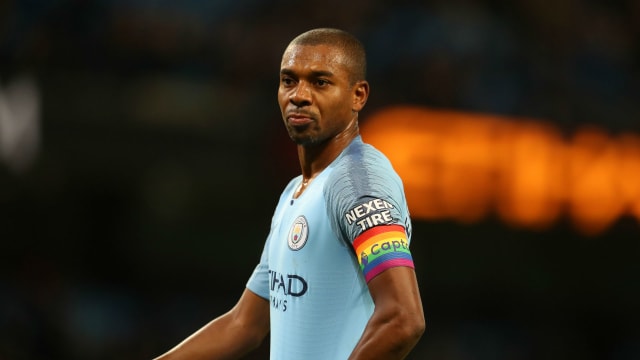 Fernandinho is back in the Manchester City starting line-up as Pep Guardiola's side look to get their Premier League title defence back on track at Southampton.

Back-to-back losses to Crystal Palace and Leicester City either side of Christmas Day handed the initiative to Liverpool, who are 10 points better off than the third-placed champions ahead of kick-off at St Mary's.

Injury ruled Fernandinho out of both those matches and the 33-year-old Brazilian's absence was cited as a key reason for City's collapse, with Guardiola lacking specialist cover in defensive midfield.

Fitness setbacks for fellow midfielders Kevin De Bruyne and Ilkay Gundogan might have forced the Catalan's hand, while playmaker David Silva makes his first start since sustaining a hamstring injury during the 2-0 loss at Chelsea earlier this month.

Club captain Vincent Kompany is paired with Aymeric Laporte at the heart of a City defence that has not kept a clean sheet for nine matches, with Oleksandr Zinchenko replacing the suspended Fabian Delph at left-back.

Southampton boss Ralph Hasenhuttl has rung the changes from the 2-1 loss at home to West Ham last time out, with Charlie Austin leading the attack as Danny Ings drops to the bench and 18-year-old defender Kayne Ramsay making his debut amid six alterations.

Here's how #SaintsFC line-up to take on #ManCity this afternoon in the #PL! pic.twitter.com/lblMuROBZ4