Rangers were better than us, admits Celtic boss Rodgers 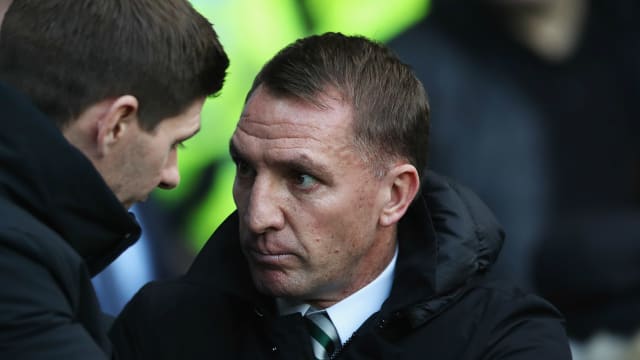 Brendan Rodgers admitted Celtic were second best in the Old Firm derby and said he hopes to bring new players to the club in January after Ryan Jack's goal earned Rangers a 1-0 win at Ibrox.

Jack put the ball through Scott Brown's legs on its way into the net after half an hour of a game that Rangers never looked likely to lose, and Rodgers said the result was justified after he suffered his first derby defeat as Celtic boss in his 13th fixture.

The Bhoys have suffered two defeats in their last five league games but remain top of the Scottish Premiership table on goal difference after Rangers pulled level on 42 points with the victory.

"Rangers were better than us today. We have to be honest and appraise the game as it is.

"We made too many unforced mistakes. Sometimes it goes for you. It's 13th time unlucky so I can't complain.

"If you don't play well then of course you can have no excuse."

Defeat for #CelticFC at Ibrox. #RANCELpic.twitter.com/6Fd1XPa3Ul

Rodgers, who described left-back Callum McGregor as his side's best player "by a mile", is thought to be in the market for a right-back and a striker to strengthen Celtic's squad in January.

The Parkhead boss will also hope to ensure loanee centre-back Filip Benkovic remains with his side rather than returning to parent club Leicester City.

"It's clear where we need it in terms of the squad."

Rodgers added: "The players will have a number of days with their families.

"Next Saturday we'll meet up again. It has been a really good year for us, 2018. We're still top of the league with a game in hand."