Puel and Warnock disagree on who deserved victory after Bluebirds triumph 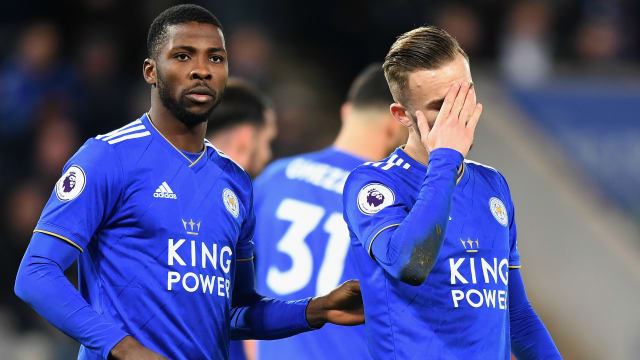 Claude Puel felt Leicester City's shock home defeat to Cardiff City was harsh on his side, while counterpart Neil Warnock insisted his players fully deserved their first away win of the Premier League season.

Leicester had more shots, attempts on target and possession, but Cardiff prevailed to move four points clear of the bottom three, denying Leicester a third consecutive win after their big triumphs over Chelsea and Manchester City.

"At the end, it was a big disappointment," Puel told reporters. "It was not a fair result, we were unlucky. It’s a shame but I enjoyed our desire.

"We've had a lot of chances without finding the clinical edge. It was frustrating about the result, we knew before the game it would be a tough game with tiredness in this busy period.

"We played a team with another style of play after Chelsea and Man City, a team playing deep with a strong defensive unit, counter-attack, a deep block.

“We started with the right mentality, to play forward, with good chances in the first half, the second half also. We conceded this goal in the last minute. It's very harsh because I think we deserve another result.

"There's a lot of disappointment because we tried, but I think a lot of players were tired. I think that's normal."

-
What a feeling! +3 Great performance from the team! BLUEBIRDS pic.twitter.com/ipcnzwqoCM

Warnock, meanwhile, said: "I thought we deserved it overall. We limited them. If we'd have been precise in the final third we could have scored three or four.

"We had a very good plan and looked to break when we could. Our goalkeeper didn't have many saves, apart from the penalty and [the decision] was very iffy. Some give it, some don’t.

"We showed a lot of character. In the last couple of games we've really had to dig deep. We've done well against two really good sides.

"We've had opportunities away from home this season – we've missed penalties and everything else. This was the first time away that we've deserved to win. We were the better team if I'm being honest.

"[Camarasa] is quite capable of doing that every week. He deserves it – he's a super lad. Best day since we’ve been back in the Premier League. We’ve bust a few coupons, haven’t we? The way Leicester have been playing."

The penalty save was one of seven stops from Cardiff goalkeeper Etheridge.

"It was a great save from the penalty to help the team, but the main thing for us is the great win - our first away from home," the shot stopper said.

"Obviously it's a very tough league and to keep two clean sheets in a row is outstanding. The boys have done very well."