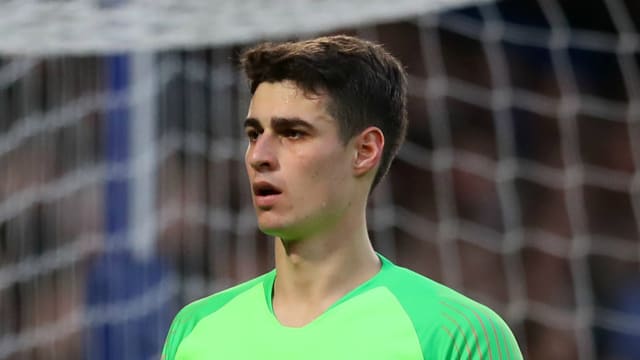 Kepa Arrizabalaga has played down the burden of the £71million fee the Blues paid for him to replace Thibaut Courtois.

The 24-year-old was one of Maurizio Sarri's first signings at Stamford Bridge when he arrived from Athletic Bilbao to fill the gap left by Real Madrid-bound Courtois.

The Blues are fourth in the Premier League table with half of this season's matches played and Kepa has started every game, keeping eight clean sheets.

Courtois helped Chelsea to two league titles, an FA Cup and a League Cup during his time in west London, and Sarri himself said Kepa is not yet at the Belgian's level.

But when asked about the task of taking his place, Kepa told Sky Sports: "I wouldn't call it pressure, I would just say it is how the transfer market goes.

"He went and I came in and I'm not one to focus on the comings and goings.

"I'm focused on myself and there is a great opportunity for me to come here. I wanted to take advantage of this and enjoy my football and look forward and not back.

"I'm happy here both on a personal and a team level and I'm happy here in London. Looking towards the future excites me with the possibilities we have to improve and I'm excited about what the future might bring."

Kepa's transfer fee made him the most expensive goalkeeper in world football, surpassing Alisson at Liverpool, and Chelsea's record signing ahead of Alvaro Morata.

"I'm aware of this but given the transfer market situation and how things are going, it is normal so I don't need to focus on the value of the transfer.

"I do need to focus on playing my football and what's happening on the pitch rather than off it. I want to be myself and not think about it.

"I'm here now playing for Chelsea. I chose to leave my home at Athletic Bilbao and it was an important step in my career."