Gentry on Harden's talent: He's the best iso player in the world 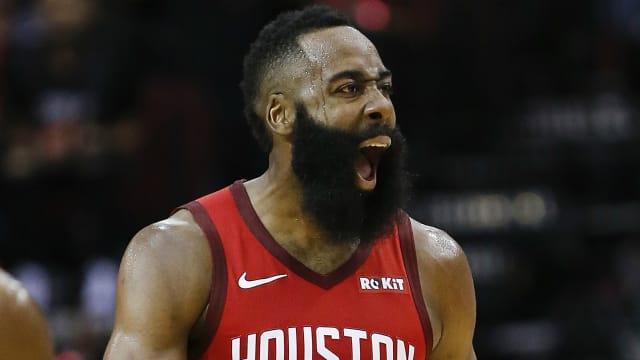 Before the Pelicans tipped off against the Houston Rockets in New Orleans on Saturday, Gentry spoke of the superstar's elite talent.

"He's the best iso player in the world, really," he said, via the Houston Chronicle.

"I don't know if there's anybody you can say is better in the history of this league, really, as far as drawing fouls and making plays in an iso situation."

Despite losing Chris Paul to a hamstring injury, Houston have put together an impressive string of games. Harden has been on fire.

The Rockets have won eight of their last 10, and Harden has totalled an astounding 388 points. The reigning MVP also has the most 40-point games (eight) in the NBA this season.

While he has remained a controversial figure due to his knack for drawing fouls to rack up points at the free-throw line, he has continued to dominate opposing defenses. Harden leads the league in scoring and is averaging a career-high 32.7 points.

Houston entered Saturday's game with a 19-15 record, which ranks sixth in the Western Conference.