Lakers feel LeBron's absence but 'cautious' over his return 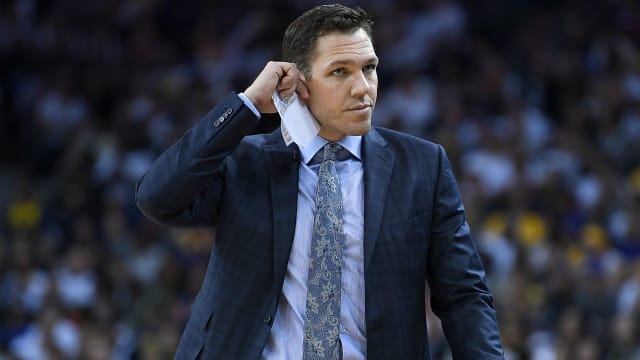 The Los Angeles Lakers insist they will not rush LeBron James back from a groin injury after losing their first outing without him on Thursday.

James was hurt during the Lakers' Christmas Day victory over the Golden State Warriors and no timetable has been set for his return to action.

Without the four-time MVP, who saw his consecutive games streak end at 156, the team slipped to a 117-116 defeat away to the Sacramento Kings, despite leading by as many as 15 points during the fourth quarter.

Bogdan Bogdanovic sealed victory for the Kings with a three-pointer at the buzzer, leaving Lakers head coach Luke Walton to lament the absence of the "best closer" in the NBA.

"This is the first close game we've been in that he's not there," Walton said.

"If LeBron James is playing in that game it probably finishes a little differently. When you get the best closer in the game on your team, then you rely on him to do that. All that said, we made enough plays to win."

However, Walton had confirmed before the game that the Lakers are taking a cautious approach over James' comeback to the court.

The 33-year-old underwent an MRI on December 26 which confirmed a strained left groin, rather than a muscle tear.

"It's one of those things we want to make sure he's healthy before we get him back out there," Walton said.

"That could be an injury where if you come back too early you re-injure it and then you're out longer. We'll be careful and cautious when he starts playing again."

Kyle Kuzma led the way for the LeBron-less Lakers with 33 points in Sacramento, while Lonzo Ball contributed 20 points, 12 assists and nine rebounds in a losing cause.