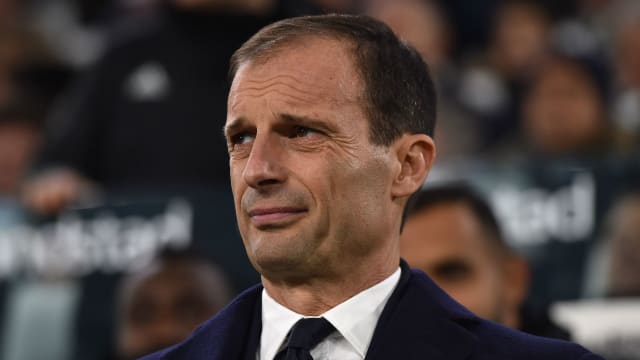 Inter have been ordered to play two Serie A home matches behind closed doors after Kalidou Koulibaly was abused during Napoli's 1-0 defeat in Milan on Wednesday.

But Allegri believes there needs to be a change in mindset when it comes to tackling the issue of racism.

"These aren't my decisions, if they've made this decision it'll be the right one," he told a news conference. "It solves the problem momentarily, but we need to stop this problem further upstream.

"The issue isn't solved by closing the stadium for two months - after two months, what then? Preventative measures must be taken.

"I like Italian football, it's beautiful and it's difficult. I think we certainly have to do something, but not something extraordinary, something simple.

"I think there are preventative measures to be taken for everything, and for the umpteenth time we have the chance to steer things.

"To do so, however, we must not chatter, but do. That's the only way, but I'm a coach, there are bodies which must decide and we hope this will be the right time to take preventative measures.

"Quite simply we must not stop. It's not down to us, or even the referee, to stop the game, but the public order bodies.

"That said, I absolutely will not tolerate racism or any insult against the dead or tragedies that have happened.

"Unfortunately, something is lacking in Italy, we've lost a bit of education and respect. It's not just football, to really have a new start we need to impress these things upon people when they're young children."

Napoli boss Carlo Ancelotti claimed to have asked to suspend the match on three occasions and said he could remove his players from the pitch under similar circumstances in future, and Roma coach Eusebio Di Francesco has given that stance his full backing.

"I'm in total agreement with Carlo," he said.

"I fully embrace what he says, if the state can't regulate these problems then we need to give important answers.

"We go to the stadium more to insult the other team than cheer our own. Even at Roma things are targeted more to offend than to celebrate.

"We must be tough and determined, we need to let go of certain chants and behaviours."