Van Gerwen, Anderson through to quarters 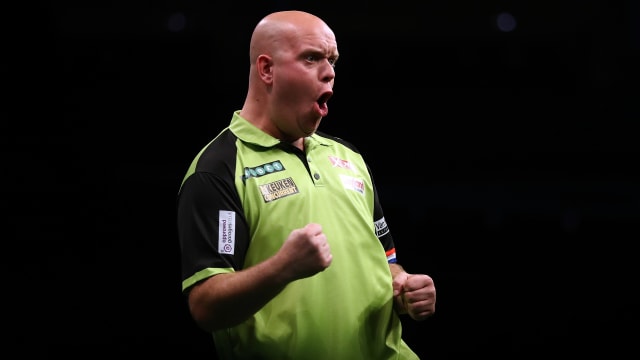 World number one Michael van Gerwen booked his spot in the quarter-finals of the PDC World Championship after outlasting Adrian Lewis.

A routine victory appeared to be on the cards for Van Gerwen, who opened a 2-0 lead before failing to close out the third set.

That opened the door for Lewis as the 16th seed capitalised by reducing the deficit and taking a 2-1 lead on legs in the fourth set before Van Gerwen responded and eventually clinched victory.

MvG WINS! He defeats fellow 2-time Champion of the World 4-1 with a 108.08 average! #WHdartspic.twitter.com/oS9hvM05vO

Earlier in the evening, another two-time champion, Gary Anderson, came through an enthralling encounter with Chris Dobey.

Despite his opponent hitting 15 180s — two more than the Scot — and boasting a better three-dart average, Anderson emerged as a 4-3 victor, having initially fallen two sets down.