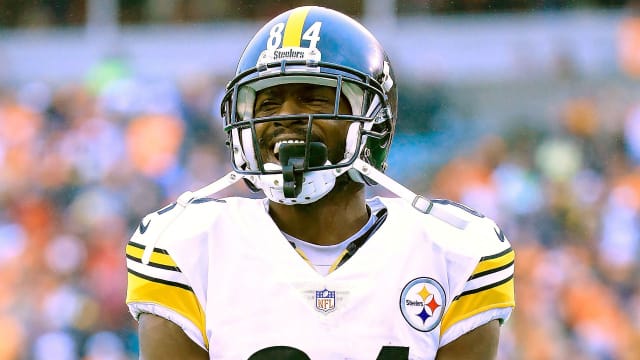 The Cleveland Browns might be one of Pittsburgh's divisional rivals, but Steelers wide receiver Antonio Brown is fully aware that his team need a helping hand from Baker Mayfield and Co this weekend.

With Baltimore leading the way in the AFC North ahead of the final round of matches, Pittsburgh need to win their own game against the Cincinnati Bengals and hope the Browns beat the Ravens in order for them to clinch the division and make the playoffs.

That scenario has not been lost on Brown, who leads the NFL with 15 receiving touchdowns in 2018.

In an Instagram post, he uploaded a photo of three Steelers jerseys each bearing his number and name, with an 'S' tagged on the end in a nod to Cleveland's moniker.

Brown wrote: "Who else has their #84 browns jersey ready for this weekend?"

who else has their #84 browns jersey ready for this weekend?