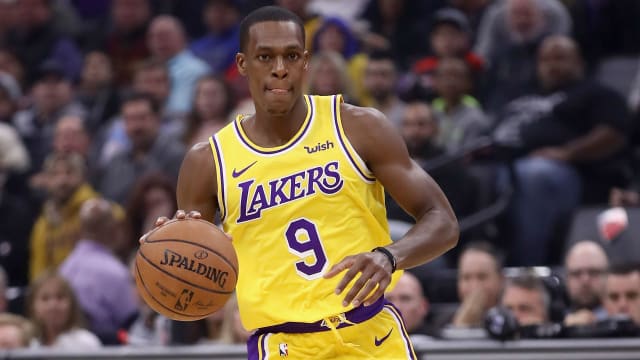 Rajon Rondo will not be on the floor for the Los Angeles Lakers on Thursday.

The 32-year-old guard sprained a finger on his right hand in the Lakers' 127-101 win over the Golden State Warriors on Tuesday, the team announced.

He will be out for Los Angeles' matchup with the Kings in Sacramento.

Rondo missed 17 games earlier this season after fracturing the same hand against the Portland Trail Blazers in mid-November. He returned last week and appeared in three games before suffering the sprain.

Rajon Rondo (right ring finger sprain) will not travel with the team to Sacramento.

His status will be updated on Friday.

The Lakers will also be without star LeBron James for their game in Sacramento. He strained his groin against Golden State and is considered "day-to-day".

Los Angeles will enter their matchup against the Kings with a 20-14 record.