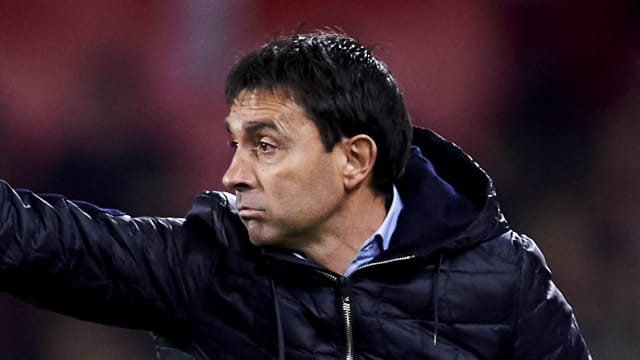 Asier Garitano has been sacked by Real Sociedad after his side suffered four straight defeats in LaLiga.

La Real announced Garitano's departure on Boxing Day, the team having slipped to 15th in the table.

Garitano took charge for the 2017-18 season after leading Leganes to promotion and keeping them in LaLiga, but lasted only seven months at Anoeta.

In a statement, the club thanked Garitano "for all the contribution, professionalism and dedication he has shown during the exercise of his duties in the management of the first team, while wishing him the best for his professional and personal future".

Miguel Perez will also leave the club, who are yet to announce a successor to Garitano.

Their next match is away to Real Madrid, when LaLiga returns from a mid break on January 6.

1 - Asier Garitano has won one game at home as Real Sociedad manager in #LaLiga, the lowest for a club's manager ever, at least six games played (one vs Celta de Vigo) earning only six out of 24. Sacked pic.twitter.com/G24LrKIZmR