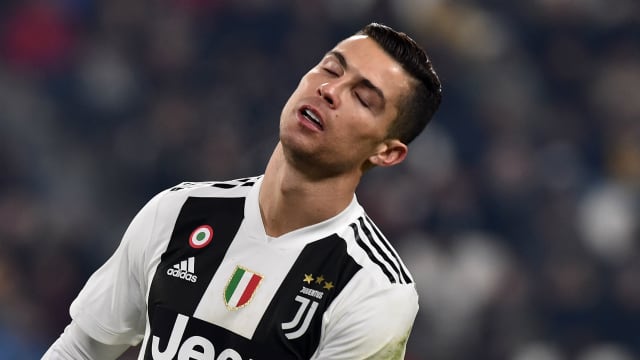 Cristiano Ronaldo is on the bench for Juventus' Serie A game at Atalanta on Boxing Day.

The Portugal superstar is rested by coach Massimiliano Allegri after starting Juve's previous 17 league games since he joined from Real Madrid.

Ronaldo completed the full 90 minutes in 16 of those matches and has also started five Champions League games, missing one due to suspension.

After a slow start to life in Turin, Ronaldo has hit 11 Serie A goals with only Genoa striker Krzysztof Piatek more prolific this term.

In Ronaldo's absence, Juve start in Bergamo with Mario Mandzukic in attack supported by Douglas Costa and Paulo Dybala.

Victory would move the champions 11 points clear of nearest rivals Napoli, who are in action away to Inter later in the day.

The Bianconeri Starting XI for this Boxing Day fixture! #AtalantaJuve#ForzaJuvepic.twitter.com/fz1SP8hmHt