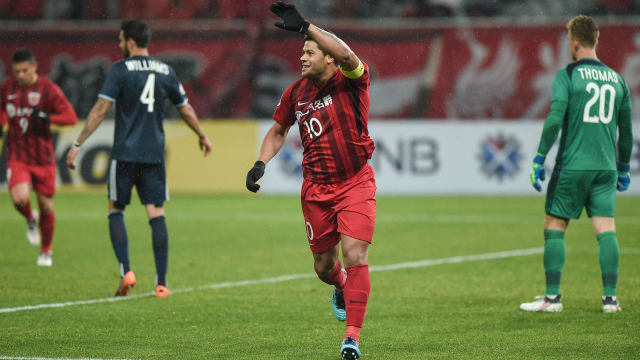 Hulk has reiterated his desire to play for Palmeiras but admitted it will be difficult for him to leave Shanghai SIPG.

The Brazilian left his native country in 2005 and had stints in Japan, Portugal and Russia before heading to the Chinese Super League in 2016.

Hulk scored 13 goals as Shanghai SIPG won the CSL in 2018 but has poured cold water on suggestions he could join the Brazil champions next year.

"There is always speculation about me and Palmeiras, precisely because of the affection I have for the team and I have made it clear I identify with Palmeiras," Hulk told reporters.

"It is a wish and desire of mine to return to play in Brazil, but it's something that is a bit complicated to happen at the moment.

"I have two more years of my contract to see out at my club and I'm happy in China."