Ronaldo is irreplaceable but others must step up – Courtois 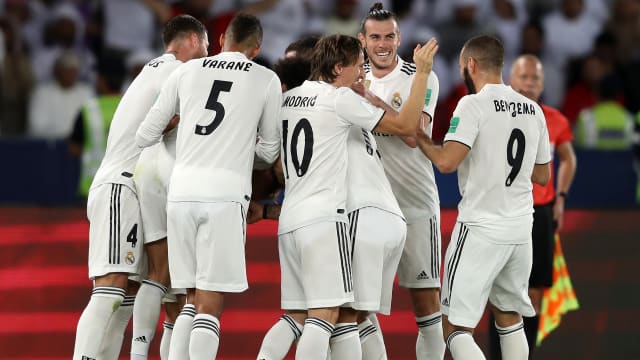 Thibaut Courtois believes Cristiano Ronaldo is "irreplaceable", but he challenged his Real Madrid team-mates to score the goals the star forward used to.

Ronaldo, 33, left Madrid for Juventus in July and, while the LaLiga giants struggled to cope without him initially, they have improved under Santiago Solari.

Solari secured his first trophy at the helm with a 4-1 win over Al Ain in the Club World Cup final on Saturday.

Courtois said Madrid needed to step up to replace the goals Ronaldo scored, with Karim Benzema (11) and Gareth Bale (10) leading the way so far.

"Cristiano Ronaldo is irreplaceable, you cannot forget what he did," he told reporters.

"But he is not here anymore, so it's time for other players, like Bale did in the semi-finals [of the Club World Cup], to score the goals he [Ronaldo] used to score.

Madrid are fourth in LaLiga, eight points behind leaders and rivals Barcelona, albeit with a game in hand.

They are next in action with a trip to Villarreal on January 3.