Bath win at Wasps to climb into top six 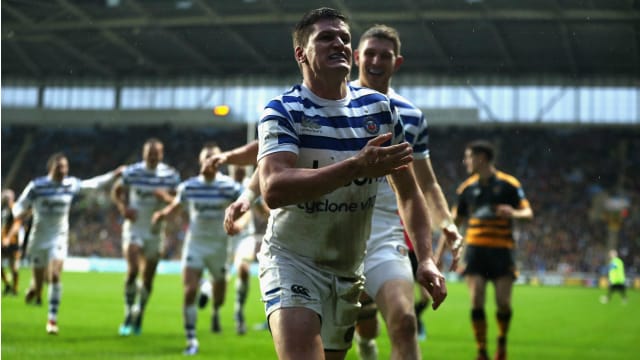 Freddie Burns starred with 19 points as Bath climbed into the Premiership's top six with a 24-14 win at Wasps.

Bath started the day only three points off the foot of a bunched-up table but ended it only one away from the top four.

Burns scored every one of Bath's first-half points and it was his try that gave Todd Blackadder's men the lead for the first time.

A further five points from Burns' boot followed in the second half, accompanied by a Will Chudley try, and a Thomas Young touchdown was all Wasps could muster in response.

Wasps remain fourth but are now on a losing run of four matches in all competitions.

So that concludes the pre-Christmas collection of classics

What was the #GallagherPrem game of the weekend in your eyes? pic.twitter.com/BpbDlS1Luj

In Sunday's other match, Newcastle Falcons missed a chance to climb off the foot of the table as they were beaten 20-17 at home by Gloucester.

An Ed Slater try sent Gloucester in at half-time 10-6 ahead but the hosts turned it around with the help of a Vereniki Goneva score and led 17-10 midway through the second half.

But Ben Morgan powered over to set up a tense finish and Billy Twelvetrees kicked a late penalty to snatch the win.

Gloucester in third now have an eight-point cushion from Wasps, while a losing bonus point pulls Newcastle within a point of Worcester Warriors in the battle against the drop.