Stade Francais back to winning ways as Toulon trounce Lyon 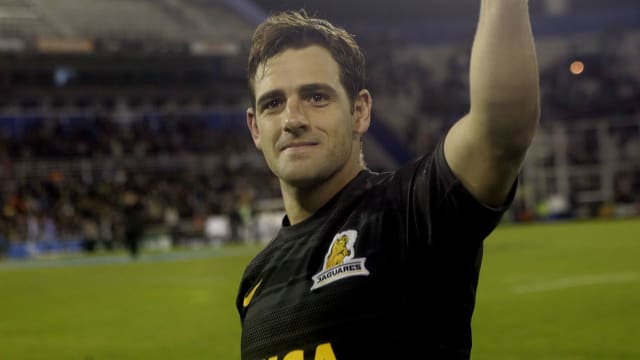 Kylan Hamdaoui scored the only try of the game as Stade Francais ended a run of three straight Top 14 defeats with a 19-6 triumph at Agen on Saturday.

Argentine fly-half Nicolas Sanchez was successful with his solitary conversion attempt and also slotted over four penalties for Heyneke Meyer's side, who move up to fifth place in the table after the win on the road.

Toulon belied their lowly league position by tearing Lyon apart, Filipo Nakosi crossing for a hat-trick of tries to help the hosts run out comfortable 40-7 winners.

Liam Messam, Josua Tuisova and Daniel Ikpefan also touched down for Toulon, who had lost seven of their previous 11 league outings but scored 28 unanswered points before the break at Stade Mayol.

Lyon put up more of a fight in the second half but have now lost three on the spin in all competitions following back-to-back defeats against Glasgow Warriors in the European Champions Cup.

Grenoble climbed out of the bottom two after a hard-fought 17-16 result against Montpellier, the home team retaining their lead during a tense finale to claim just their third league win of the season.

When you beat Montpellier! pic.twitter.com/72Y0w2TUqq

The result sees Grenoble move level on points with 11th-placed Pau, who went down to a 28-23 defeat at home to La Rochelle in a game that saw both teams have a player sin-binned.

Meanwhile, bottom club Perpignan remain without a victory through round 12 of the campaign after they were put to the sword in Paris, Racing 92 running in 10 tries to record a crushing 64-28 victory.