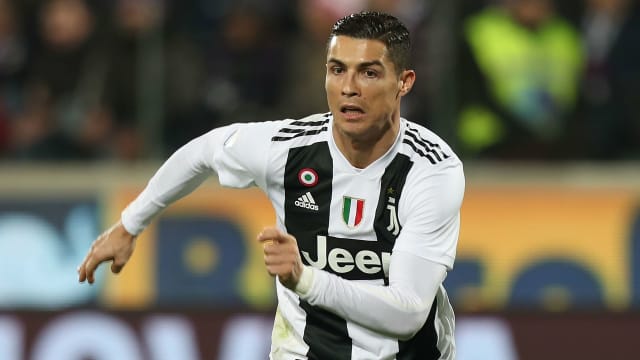 Roma coach Eusebio Di Francesco wishes Juventus were without Cristiano Ronaldo for their clash on Saturday, labelling the superstar "danger number one".

Ronaldo will be rested before the end of 2018, but the 33-year-old will face Roma.

The Portuguese forward has continued to star since joining Juve, scoring 12 goals in 21 games in all competitions.

Di Francesco, who is under pressure with Roma seventh in the table, knows the challenges awaiting his team when they face Ronaldo.

"Ronaldo is danger number one. He has got the skills of an out-of-the-league player," he told a news conference.

"Maybe he doesn't determine anything in 35 minutes and then he takes a phenomenal trick out of his hat.

"He is a player managers struggle to replace because he can decide the game whenever he wants. For this reason, I wish he could not play, of course."

Roma are 22 points behind undefeated league leaders Juve, who have won 15 of 16 Serie A matches.

Di Francesco believes his side will need to strengthen in January, saying that would be considered with sporting director Monchi.

"It is inevitable we have to do something [in the market], but sincerely I didn't ask Monchi about the market and he didn't tell me," he said.

"We discussed about the things we have to do now to get the most points as possible on the 29th. Then we will evaluate.

"But we will have to do something in the market for all these injuries. It is inevitable."